Ive been working with Matt from HackMe electronics… OK “working with is a bit arrogant”… bugging him is more like it, about neat features I wanted in the Vektr firmware, and I got a beta copy last night, and it seems totally fantastic!
The version 1.0 software which was a bit more than a tri-ophonic theremin thingy, or synth controller and frankly a bit tricky to use in a real world situation (but still lots of fun). But now with 2.0 the sequencer is tightly locked to the incoming clock, and I suggested other ways for it to synch up, such as auto punchout of record, so you can specify how long your recording with be, 16 bars 8 bars etc. You can also “round up” you recording, so when you punch out manually, it will wait for a multiple of 2,4,8,16 etc whatever you have specified, before closing the loop. All this was inspired by the EDP looper.
In addition, although theres aways been pitch quantise, so the note will not slide all over the place, now you can link the pitch to the clock, so will force changes in pitch on beats.
And more… I got him to change the major scale to minor… and scale the octaves from C to C (rather than C to B as it was before).

The combinations of these new features with some of the old are quite interesting too. For example, the old “twirl you hand to speed up a sequence” gesture, is now linked, very tightly I might add, to multiples of the clock timebase, so you can record, and then your hand twirl left will speed up your sequence to double speed (right will halve the speed) further hand twirling will quadruple the speed and so on… I think the clock out reflects the altered clock so in affect you can use it as a gesture controlled divider (although I haven’t checked this yet, just thought of it… Im sure it works like that).

I think Im going to have to make some videos of this, get some sales for poor Matt, who has been working his arse off for a month now, I think hes getting pretty jaded now, might stop development to become a monk.. who knows?

I always wonder about this, so I thought Id paste this here… 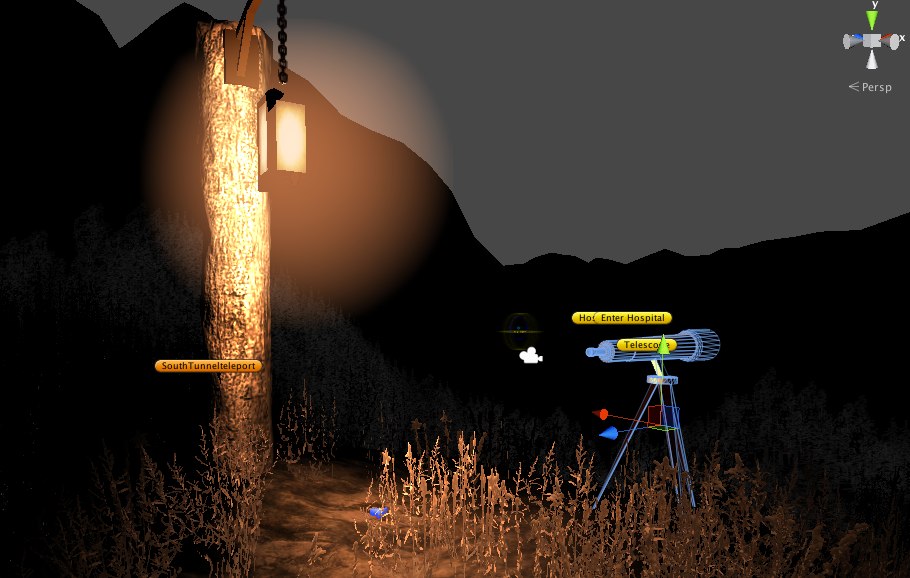 NOTE: Im NOT SAYING ANYONE HERE NICKED ANYTHING… JUST A FIGURE OF SPEECH…
One of the annoying things about trying to develop games on your own and with a day job, is that it takes an unbelievably long time. I get about an hour an evening and less at weekends, and thats shared with my Modular Synth building obsession.
Over the course of the 4 years Ive been doing this, I have yet to release one game (whatever “release” is gonna mean if I actually finish one) Ive never been interested in the tiny “retro” style games that are churned out for mobile or on “Game Jams”. Im always for the BIG IDEAS, and the COMPLEX STORIES.
So when my game “Aunty- A metaphysical Mystery” failed to get funding (twice) from the film fund, and then a game, seemingly with the same idea was anounced, and was bing heralded as “the next big thing” and had millions positively flung at it… Well “sour Grapes” comes to mind.
Of course Im not suggesting for one moment that “Among the Sleep“was a nicked idea from me, my god no… And in the end of course, it turned out to be nothing like Aunty was ever going to be…
However, the annoyance was enough that I dumped the idea, for the moment, I will probably return to it when I have finished T.R.U.T.H.
But there, now I have been working on THAT NEW GAME now for two years, finally there comes along ANOTHER bunch of things that could be called similar! Again from “proper” Norwegian companies, who will no doubt finish their games and get on with their next one, way before Im done with mine.

So baring in mind that my game is…

Set in a remote Norwegian Valley and concerns mysterious strange activities that could be taken from Norsk folk lore, religion, superstitions and experimental science. A FIRST PERSON fragmented mystery, where the goal is to find out for yourself what you think is going on, but never ultimately really understand due to conflicting information and clues, and points of view… Including, A Strange old lady and her missing mentally challenged son, Biblical Prophecies, A secret scientific laboratory, and underground caves and tunnels, a newcomer to the village, where you get the feeling you are always being watched?

… AND
In an attempt to NOT get all uppity and pissed of, I instead will use this post to BIG UP my competitors and let them know that far from being annoyed I AM TOTALLY PROUD AND VERY IMPRESSED That Norway has so many cool and exiting games being made, (oh and if you wanna give a 51 year old wannabe a job.. then…)

I do wonder if this “spate” is infact a bit of a reflection of some of the criteria that the NFI use when dealing out money to projects, because during my failed attempt at getting anything from them for Aunty, I do remember a mention of Norwegian Culture and language bing favoured.

The first is “Through the Woods” from Antagonist Games

Through the Woods is a third-person psychological horror game set in a forest on the western shore of Norway about a mother and her missing son. Through dynamic narration, you play the mother’s re-telling of the events surrounding her son’s disappearance in a setting heavily influenced by Norse mythology and Norwegian folk tales.

This looks very cool, quite dark and scary, seems to be a bit more “supernatural” and possibly involving fighting monsters. I met one of the guys from Antagonist, he was very nice about what he had seen of TRUTH, and told me a few home truths about the cash situation they are developing under..
Ha! Kids! How they can live on almost nothing is very endearing..

The next game is from the new darlings of Norway Red Thread Games, who came into the scene with a blast for the latest instalment of The Longest Journey, Dreamfall Chapters. I havent played that one, I didnt like the originals, but their new piece is Draugen And is…

Draugen is a first-person psychological horror adventure, set amongst the deep fjords and towering mountains of Norway’s awe-inspiring west coast.
The game is a dark and disturbing journey into the pitch black heart of Norwegian national romanticism, as seen through the eyes of an American nature photographer, botanist and entomologist.
Inspired by Scandinavian literature, legends and fairytales, along with Norse mythology and the Icelandic sagas, Draugen is set in the early 1920s and delves into the deepest, darkest secrets of a remote fishing community where every single soul has mysteriously vanished.
As the player explores the tiny settlement, gathering clues and memories, and unearthing the truth behind a terrible tragedy, they will learn more about the history of the village and its inhabitants. And they will come to see that behind even the most innocent of facades lurks the potential for malice.

OK great… again looks fantastic, and remember these are the big boys, as they are all ex Funcom dudes, that know what they are doing, bastards! Heres the clip…

But really.. Norway.. mysteries… missing people… ghosts and legends… sigh…
I better pull my finger out…