OK well I finally bought Elite Dangerous.
The long awaited re-make of the famed game that I was hooked on the Spectrum and obsessed with on the Amiga.
Basically the whole of Wings of Joy

was recorded with Elite in the background. 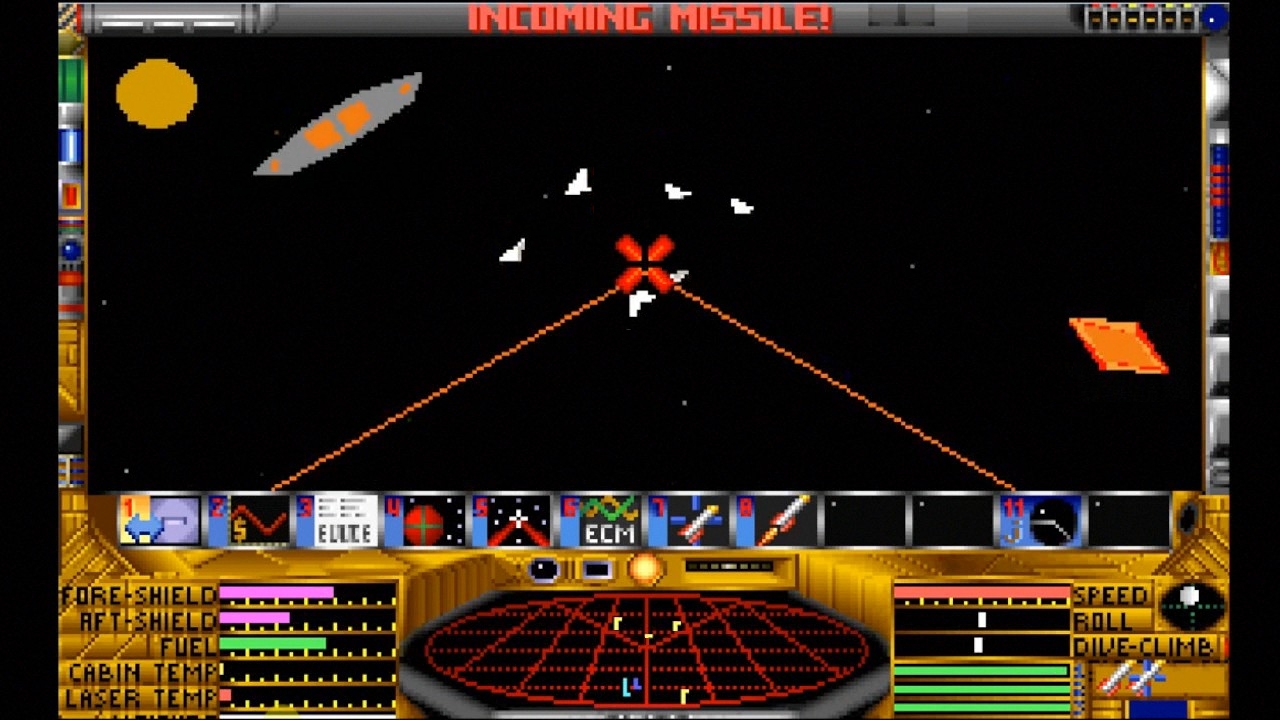 James and I had pages and pages of notes of share-prices of what slaves cost on Sol in comparison to Bernards Star.

The new one.. is difficult. But I remember the original had a bit of a learning curve too, I remember the docking computer was the most important item to buy right from the start. And sure enough I have been crashing around on the launch pads in E-D trying to line up correctly. All the reviews say I need a Joystick, but I refuse to buy some specialist hardware just to play a game (Except perhaps occulas?). 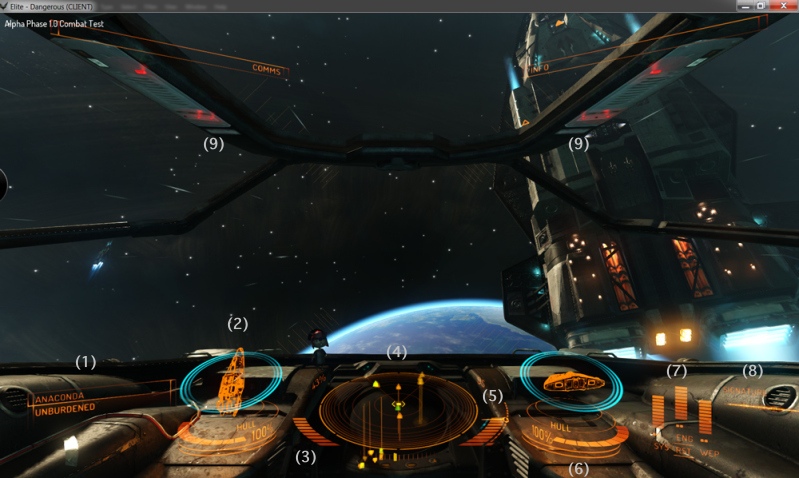 I must say that the intro is terrible, what game, after downloading basically FORCES you to go off and watch 11 YouTube videos.
I think an interactive tutorial is basically a necessity with a game as complex as this, some kind of ramping up of needs and functions. Oh Sure… there are about 10 tutorial missions, but due to the multifarious ways you can configure your whole keyboard (Yes almost every key does something) they can’t say, “PRESS I FOR INVENTORY” Its “PRESS the key you have mapped to left screen UI focus” Phew…

Plus there are a few things that don’t seem to be explained at all! Oh sure, they are explained on fan-made youtube tutorials, and I have spent about 60% in youtube compared to 40% in game…
…but the graphics are great… not TOO great.. they still run on my machine, an old and clunky mac. Im happy with that, and the rumour is that due to the procedural mapping and planet creation method, one day… the dream of the old versions will happen… we will be able to fly down to planet surfaces. YAY!
So… Im diving, tentatively, in… I did a little quest, I shot down ONE bad guy, got thanked by the federation… got blown up by another, lost a contact when he said “follow my trial” (didn’t know what THAT meant) and spent a lot of time trying to fly around a sun, cos my target was on the other side… no idea how to do that.. an hour with my finger on W did nothing as far as I could see.
But slightly looking forward to it all becoming clear… I loved this game as a kid, maybe it will light a spark again?

I played lots of instruments in the influential "dream-pop" band Cranes from 1988 to 1999. I continue to work with my modular synth, live looped, guitar electronica, soundtracks and film scores.
https://markfrancombe.bandcamp.com/

I'm a filmmaker, of dark experimental films. I love obscure-animation techniques and time-lapse.