The following article is so close to my own views, I had to reprint it In its entirety.
The original comes from
http://www.fingertipsmusic.com/?p=4198

I was talking to a music industry acquaintance on the phone not long ago and he was matter-of-factly moving on, leaving music behind for the world of social media marketing. Music has had its day, said Kevin (not his real name); now it’s over. “No one cares the way they used to,” he said, sounding more pissed off than sorry. “Music isn’t special to people any more.”

This is certainly one conclusion to draw 10-plus years into the download era. And withdrawal is one logical enough reaction, especially from a music industry veteran. Forget all this crap (and boy is there a lot of crap). Find something else to sink your teeth into, find another way to make a living, because there’s no living here, that seems clear.

Kevin is neither a romantic nor a nostalgist. For him it’s reality: music is no longer special to people, deal with it, move on.

But here’s the thing. If the world around us doesn’t think music is special, guess what? The world is wrong. Music is an ancient, mysterious, compelling means of expression. If we’ve arrived at a point in our cultural life cycle at which music is “not special,” this says much more about us than it does about music. Music didn’t become “not special”; we, collectively, have become unable or unwilling to appreciate its specialness.

Which is a development worthy of investigation, actually. How did this come to be?

The easy answer is the mundane matter of supply and demand. Nothing can be special when there’s so freaking much of it. Submitted as evidence: in 2009, the most recent year this statistic is available, 97,751 albums were released (details of all of their music contracts available), according to Nielsen SoundScan. To listen to 97,751 albums would take more than eight years of 24/7 listening. If you actually only have a couple of hours a day to listen to music, make that 100 years. You maybe should’ve started already.

Is sand special? Is dust? The digital age has given birth to an unforeseen, mind-boggling blizzard of music, and it’s piling up far beyond the capacity of the plows to clear roads for us.

And why is there so much of it? Another easy answer: digital technology. The famous “barrier to entry” that previously kept the market at a (somewhat) manageable size has been not just breached but obliterated by digital reality.

Previously, the need for a physical product kept a natural lid on the amount of something that could or would be produced, as there is no economic or logistical reason to produce any product beyond what the market demands.

In retrospect we can see the inherent wisdom of the physical marketplace. This is not to say that the digital marketplace doesn’t have its own wisdom, only that we haven’t located it yet.

In the meantime, we are left with a kind of over-production no one could have anticipated in the record store’s heyday. We now make far more albums, together, than anyone can market (for any price, even free)—more than anyone can come to terms with in any meaningful way at all.

That we are inundated with digitalia as could not have been possible with physical creations is obviously a factor in stripping music of that specialness Kevin talked about.

But there is something less obvious at work as well. It’s not just sheer inundation that has done the trick. There’s also the matter of effort, or lack thereof.

By effort I mean a more than casual expenditure of time and/or resources. And—this seems an obvious point but is being vigorously overlooked in our bubble of social-media-mania—the less effort involved in doing something, the less special it’s going to seem, especially over the long run.

Psychologists are well aware of this phenomenon, which has in recent years been given the name “The Ikea Effect,” based on the apparently documented and well-researched fact that people end up liking a piece of furniture they had to build out of proportion to its value. “Labor enhances affection for its results,” according to the Harvard Business Review, discussing the research in 2009.

Our culture has been battling itself over convenience since the end of the Second World War, if not earlier. We want things to be easier and easier, and yet when it’s too easy, there’s something wrong, something dissatisfying. The digital revolution has brought the battle to a fever pitch. We’re bringing more and more literally to our fingertips, via portable digital devices. The one overriding goal of digital technology has seemingly become to make anything and everything as effortless as possible.

To find out the cost of this ostensible progress, look no further than what’s been happening in music these last 10 years.

While making, recording, and distributing music can of course still require a significant amount of effort, it may also, now, require very little effort. Because believe me, if the music everyone is making in the 21st century were still generally requiring a lot of effort, there could never have been 97,751 albums released in a year.

When one required years of practice to master an instrument, when playing an instrument involved muscular effort, when special equipment and special locations were required to record even just a song, never mind an album, not many people could do it. And then there was the sizable undertaking involved in physically producing and distributing the record.

That all added up to a lot of effort. Note that spending money—some of this process has traditionally been expensive—counts as a certain kind of effort; money is after all a stand-in for effort, since earning it typically requires actual work of one sort or another. But there have always been those who found a way around a lot of the expense by (yes) sheer effort. (Huge gulfs of exertion separate yesterday’s DIYers from today’s, by and large.)

When making music requires in some cases no more than a preexisting laptop and inexpensive if not free software, and when distributing this music involves clicking a mouse a few times, we’re talking about an entirely different level of effort. It’s the effort of no effort. When sending bulk emails and monitoring social media channels are a musician’s most laborious tasks, music has arrived in a strange new place indeed.

I’m not saying some of this isn’t a little difficult (maybe), but if the music itself isn’t generated by effort, I’m pretty sure, over time, this becomes apparent. The Age of No Effort too easily produces products of no value.

For we have trained a new generation of music listeners to believe that acquiring music should in fact involve no effort at all. Isn’t this one of the most compelling rationales offered by file-sharers for their file-sharing habit? That acquiring music through legitimate channels is just too much of a bother? That people pirate music because they can, because it’s just “too easy”?

No amount of technology can change this human fact: where there is no effort, there can be no real value. It’s magical thinking otherwise. If we’re not vigilant, the internet can turn us into those characters in fairy tales who always want something for nothing. Give us that goose there that’s laying all those golden eggs!

And so: if no effort is required either to create or to listen to music, what do you think this leads to in the marketplace for that music? How do you think the no-effort consumers in a market over-supplied by no-effort producers view the product at this point?

Do you think they see over-abundance of music as a treasure trove of untold value? Or are lots of people now insisting that recorded music should now be free?

It’s a crazy vicious mindless cycle, with the apparent goal of reducing all effort in life to the tapping of a fingertip. It would be a great plug for my web site but otherwise I see no benefits. (And if you’ve seen the movie WALL-E, you shouldn’t either.)

I have no idea where there is all actually going but it is not going where the digital ideologists believe it to be going. Human nature will at some point reassert itself. More to the point, musicians will begin to reassert themselves. It may take a half generation or more for this drama to play out, but in the end, we will realize, collectively, that music remains special, has value, is (imagine!) worth money.

How, exactly, do we get there? Lord only knows. At the risk of sounding like a spiritual cliche, my only advice is to be the change you wish to see in the world. Take a hard look at your own efforts. Decide whether your life is actually improved by adopting every latest convenience your portable digital device wants to offer you.

And: decide whether you want music to be special or not. We can’t any of us, individually, change the way people choose to record and distribute music but we can certainly change the way we choose to interact with it, spend time with it, and spend money on it.

And I believe that the more effort you put in as a listener and supporter, the clearer it will be whether something you are making an effort to connect with is worthy of that connection. Whether it is special. A lot of it—the source of Kevin’s frustration—isn’t. But some of it remains very much so. Kevin, by his choice, didn’t want to make the effort it took to discern this.

Where do you stand? 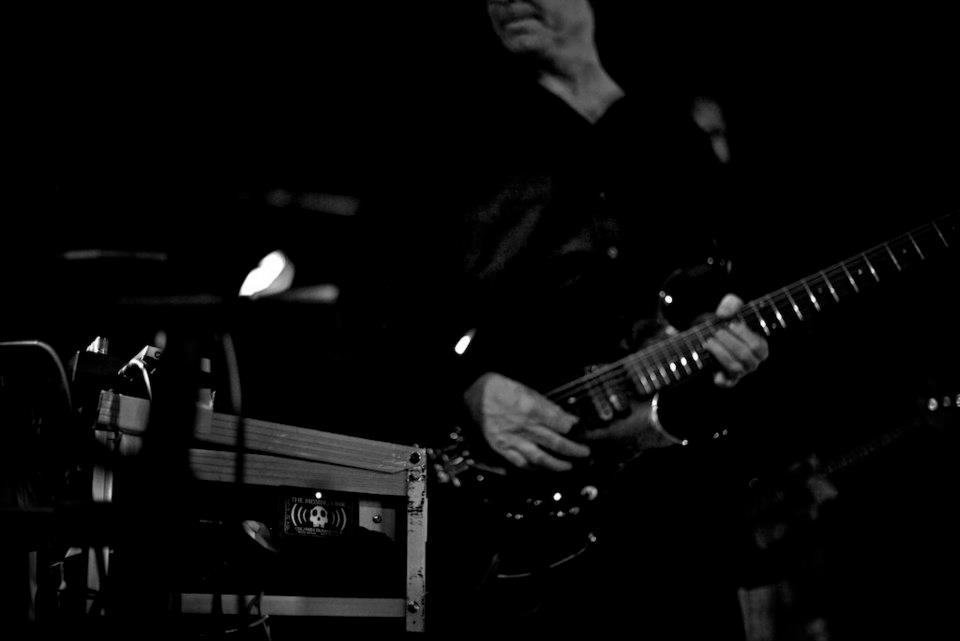 Damo in Oslo from Wajid Malik on Vimeo. Video shot by Wajid Malik So we did the gig with Damo Suzuki, and […]

I few years back I posted a horrific graphic by the wonderful informationisbeautiful.net site, hat showed clearly why you shouldn’t use Spotify. […] 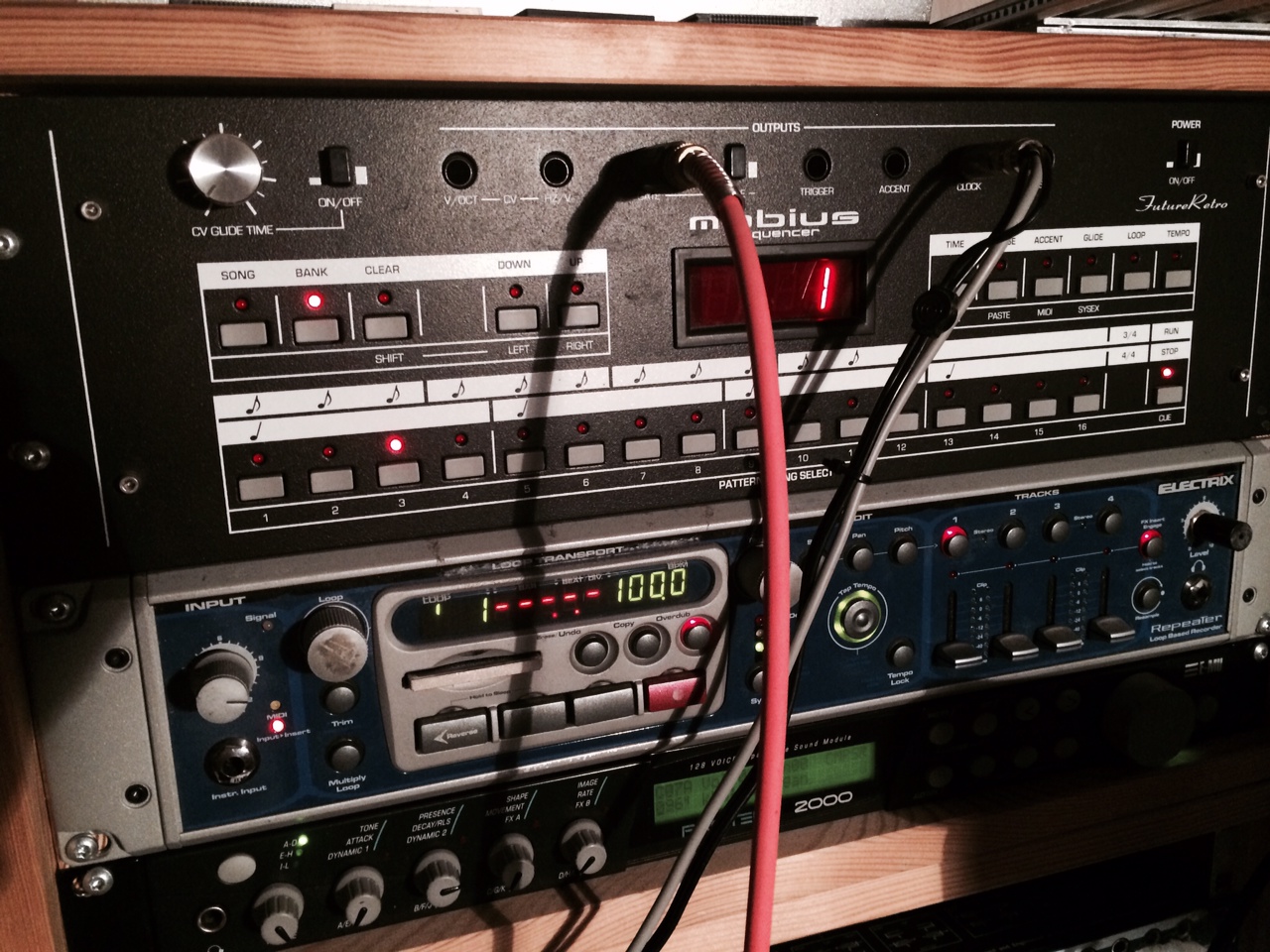 For a few months now I have been soldering and building like crazy to add to my modular synth. It all started […]