So I’ve been playing a lot of Beat Saber, I’ve got my “Move minutes” set and calorie counting down.
Through desperately trying to improve my skills here, up to a level where I can even vaguely take on my 15 year old son (Me = HARD Him = EXPERT or EXPERT+) I have noted a few things about being in a game where you CAN’T talk. not at all.
I’ve always thought this was pretty interesting, how to communicate in a game, across languages and cultures with no words. Going back to holidays in France where you point at the Baguette and say it in English, a bit louder in case somehow volume can result in translation.

In my own unfinished game T.R.U.T.H, which was intended to be a mini multiplayer game, with 4 people playing simultaneously, I planned to have simple multiple choice questions (that could be translated, therefore played across the language barrier) so if someone clicks on you, you get a message. “the Old woman asks you your name” and some choices. 1. Mind your own business 2. What’s yours? 3. Bob.

In the lovely game, Journey, you occasionally meet another player, they cant do anything, but you can shoot up a icon above your head and utter a non-verbal cry. The purpose simply to help one another by showing the right way, or where to stand.

In a very old experimental game (in fact it was a screen saver… a multiplayer screensaver no less) by Tales of Tales, you play a deer, and see other deer, again you cannot hear the other people speak, but you can interact with them, I forget exactly how, again mystical icons I think.

But, now in the multiplayer lobby of Beat Saber, here we are again, 4 or 5 strangers sharing a weird experience of just waiting, like the dentist, for the event to begin.
Like everyone else, I stood there for ages, just fiddling with songs, minding my own business. But after a while I noticed that despite not knowing where they are from, which language they are speaking, we do all have some “built in” gestures that just work.

Someone leaves, everyone shrugs.
“Hey you, don’t forget to click your ready button” = Pointing to the right
“I don’t like that song you just picked” = Facepalm
“Hey! Hi new guy!” Everyone waves
“I gotta go now, thanks for the game” Waving to everyone just after a game has ended.

We do all that, but everyone stands in their place… obediently.

So I decided to experiment…

Firstly, I decide to go and visit all my new friends on their little podiums. I remade my guardian and made it huge (making sure not to include the stairs I could fall down if I walked TOO freely) and so I can now walk over to, especially the people on my left and right. At first they are shocked, you can tell… they didn’t know you are not restricted to your little triangular podium, but I bow, and respectfully hold out my hand to shake (this is a bit awkward, because to you, you are still holding your Laser Sabers, but you know they can see a hand, and they stretch out theirs, we shake, or high five! Their head shakes a little, they are laughing! You have made someone laugh on the other side of the world, weird huh? I think its weird.

Another thing to do, is dance… just dance to that tic tic waiting music, often people join in… after the next game, I go and join someone on their podium and dance, hands in the air… they join in (Here you imagine a hugely overweight Taxi driver from Estonia busting some moves on their own in their bedsit in Tallin).
The mexican wave… hard to get going, you have to grab eye contact with them on the left, arms in the air, then point… after a bit they get it… and their hands go in the air… their neighbour doesn’t get it, but you two do, so you do it a few times, suddenly everyone gets it, and it’s hilarious, 5 total strangers, heads shaking (LOLing) all throwing their hands in the air at the right time. Song starts… someone leaves, new team… have to train them up…
Rock Paper Scissors.. doesn’t quite work… But I’ve done it. you can make the right 1,2,3 move and then strike a “hand-pose”, but I’m never quite sure who won (better hands please Beat Saber).

I have managed to get groups, who after a while we all got on the same wavelength and were playing just as much in between games. People from… who the fuck knows where. I think people make avatars that look a bit like them, so I you can tell if they are black or white, and sex… In BS the females are pretty normal (IE, not overly sexy) so I think men dont think its so fun to lie and be a hot girl, so I think you can tell a tiny bit who you are with. Something can be told by what they call themselves of course. But not much.

You can get a long way with just hands. And when you get a group, who just dont leave and swap all the time, you realise that… they like you, it’s been fun. And someone, finally looks at their wrist (their non-existant watch) to show the time is late, and does the crying hands symbol and waves, you know they have to go because its late. And sometimes they will do that… (slightly cheezy in real life) heart gesture, and everyone returns it… sadly… in fact… we probably all leave soon after, its not the same without mochaman2020, as a boring new guy pops into to take their place. 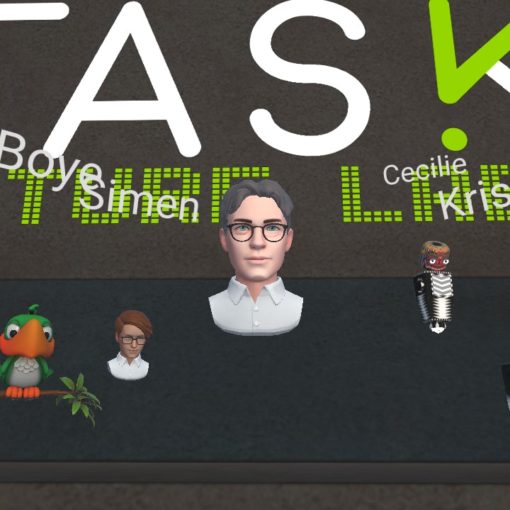 As part of the new regime at my new merged company TASK, We have a small group dedicated to investigating “The Future”. […] 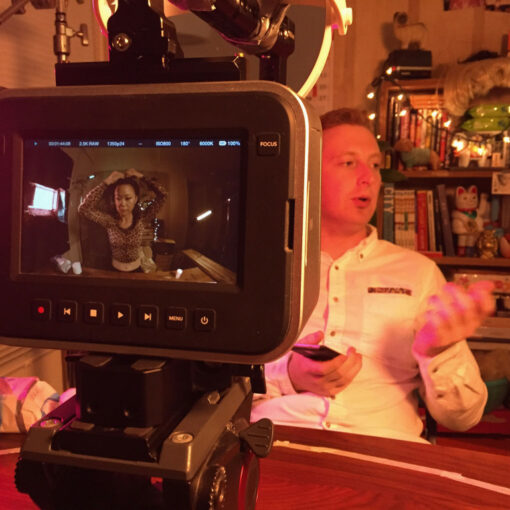