Safe as Milk, as well as being the first album by genius Captain Beefheart, is an independent experimental Norwegian label (Noxagt, Vibracathedral Orchestra, Tore H Bøe, Lasse Marhaug among others) Their annual festival in picturesque Haugesund have in past years been cited as a noise fans dream. Furthernoise could not let this years event go unreported, and I was quickly dispatched to the scene.

Friday:
Steffen Basho-Junghans, acoustic guitar improviser from the John Fahey School, was a nice and laid back start to this year’s festival. The bearded, mystical East German started by slowly winding up his strings into a drone and picking out harmonics that shimmered off the stage, a warm wash of sound that filled the room and brought an eager audience to total silence. “It is the sound of twilight!” he enigmatically announced and proceeded through pieces dedicated to sunlight, water and fire. A smoky blend of American Blues and North Indian Raga, his performance reeked of the 60’s, but somehow Steffen Basho-Junghans managed to avoid a retro performance, skilfully incorporating more contemporary noises from drone rock, improv, and even weaved in some rhythms that could be some kind of acoustic techno!

With Serena Maneesh, who had just finished recording an album in Steve Albinis studio, the 60’s theme continued, whipping up a whirl of wah wah noise reminiscent of My Bloody Valentine and (IMHO) the superior Rollerskate Skinny. With ponchos, headbands, and serious looking violin, they looked the part and the sound they produced whirled round the lofted beams, a white knuckle noise, or blinding blur of psychedelic ecstasy.

The noise continued into the dark brutal uncompromising hip hop of Dälek. Signed to Mike Pattons Ipecac label, and cited as being somewhere between Public Enemy and Slayer, the laptop and rapper duo pulled hip hop back from the mainstream teenage wetdream to the truth of the horror of the grit sick ghetto. Frankly, rap music usually bores me to death, but in Dälek I have found an exception to the gruel. Above the distorted scornful rhythms and deafening pulses of full on sound the rap voice of Dälek cut through the noise and held it all together.

The main act of the evening were the eagerly awaitedSupersilent, the audio virus of Helge Sten aka Deathprod. I have witnessed the greatness of this band many times before and tonight I’m afraid they were just a tad disappointing. However, it’s their own fault for being so monumentally fantastic on previous viewings, tonight, there was just something missing. That something may have been drummer, Jarle Vespestad, unavailable for this show. His place was bravely filled by Arve Henriksen, Supersilent’s trumpet player, who did quite an admirable juggling job, swapping between spiky trumpet, rattling drums and almost devotional singng . It was as if he knew that he needed to bring more to the show, his usually retrained vocal segments in abundance tonight, showing off his phenomenal range of styles from soaring symphonic histrionics to sub-vocal, guttural chattering, that thankfully never quite fell into the comedic ramblings of Ron Geesin, but certainly in a similar vein.

Combined with the fact that their quieter moments had to compete with the drunken chat of an expensively lubricated crowd, their improvised creations never quite caught fire and too often fell into previously trod passages of spiky ring-modulated randomness. Still pretty brilliant though.

Late was the hour when they came off stage, and I veered the convenient ten meters back to the festival hotel, accompanied by the lonesome strains of the Serena Meneesh violinist, who had taken up position outside the venue, busking for a few extra kroners.

Saturday:
I woke suddenly, unable to move, confused as to where was I was. I rolled over and discovered the mini-bar chocolate, opened quickly and foolishly the previous night, was under me, gluing me to the sheets. A shower, an embarrassing encounter with the housekeeper as she discovered the awful truth about drunken men, that we like nothing better than to wallow in our own chocolate. I escaped to the town for breakfast and fresh air.

Haugesund is situated on the west coast of Norway, right in the heart of a breathtaking archipelago of rivers, islands, inlets and fjords that Slartibartfast should be proud of. Grown up as a fishing port, exporting herring in years gone by. It now sports a typical ordinary main street, a row of pleasant cafes and drinking establishments on the wharf, and a perfectly un-shabby record shop called Shabby Records. Not a bad little place.

Colleen is Paris based musician Cecile Schott. Her debut album from 2002 “Everyone wants answers” (The leaf label) was hailed by critics and won her fans all over the world. Her new album “The Golden Morning Breaks” has just been released on the same label. A pleasant enough opening for the Saturday night, she builds up loops using cello, guitar and clarinet in a sweetly simple form that has a special feeling that is both sad and warm. Speaking as a musician who has been working with live looping techniques for more than 20 years, I found her use of the tools rather too naive and amateurish, but that’s probably just the old muso in me because she was very warmly received by an appreciative audience.

BANG! …Moha started and I spilled my pint…Despite looking like he is not old enough to be let in, Anders Hana (Ultralyd, Jaga Jazzist) is gaining cult status as an improv guitar god here in Norway. I have seen him play solo a number of times now, and never really got what all the fuss was about, until now. Crikey… tonight, combined with drummer Morten J. Olsen (also from Ultralyd), it all made sense. So, there I was, nursing my beer in an empty-ish room (smoking is banned from venues in Norway which means that between acts the crowd repairs to the street) and BANG!… the engine roar began. Hana’s guitar was hit and punched, bowed and scraped violently, the sound burned and scorched beyond Big muff Moogerfooging pitchshift recognition! Twisting and turning, having being sucked from the street, the crowd was beaten about head and neck by furious, combustible drumming from Olsen, using the most together and successful laptop processing of drums I have ever witnessed. The snare was a launchpad for crazed twangs, right hook blows and painful screeches, as he beat and scraped it to shreds. The sound was raw, loud and in my face. Hana and Olsen never for one moment relaxed into anything remotely resembling simplicity or anything vaguely rehearsed or tired. If I was in my home town now I would leave, go home and put all my guitar equipment on E-bay, us old fucks have got to know when we’re licked.

The Samuel Jackson 5 did a good job of their brand of Tortoise jazzy Mogwai rock. They suffered for me simply by taking the stage after Moha, and really couldn’t match the intensity, but who could? They did, however, slowly turn the crowd around from serious noisy intellectuals to party poppers, just in time for the inevitable final slot from
Kim Hiorthøy.

One of Norways most prolific artists – not only is he an internationally renowned visual artist and designer (Rune Grammofon, Motorpsycho, Dave Grubbs) – he is also well known as an author, filmmaker and musician. Neither his childish and simple graphics nor his playful pling-plong electronica really does anything for me, however you have to close a successful festival on a happy and light note, and that’s what Hiorthøy is, and does well.

Taking off from the small Haugesund Airport on a rainy Sunday morning I contemplate scoring the festival. Friday night was for me a full and well rounded evening, but Saturday had the excitement and raw power of Moha. Just for a moment I wondered if in fact Messrs. Hana and Olsen were infact strapped to the underside of the aeroplane wings…

…they weren’t, but I’m sure they could have been.

After about 15 years Pepe, finally go in touch!!! The wonderful spanish photographer, who once GAVE, yes GAVE me his Elektor Formant […] 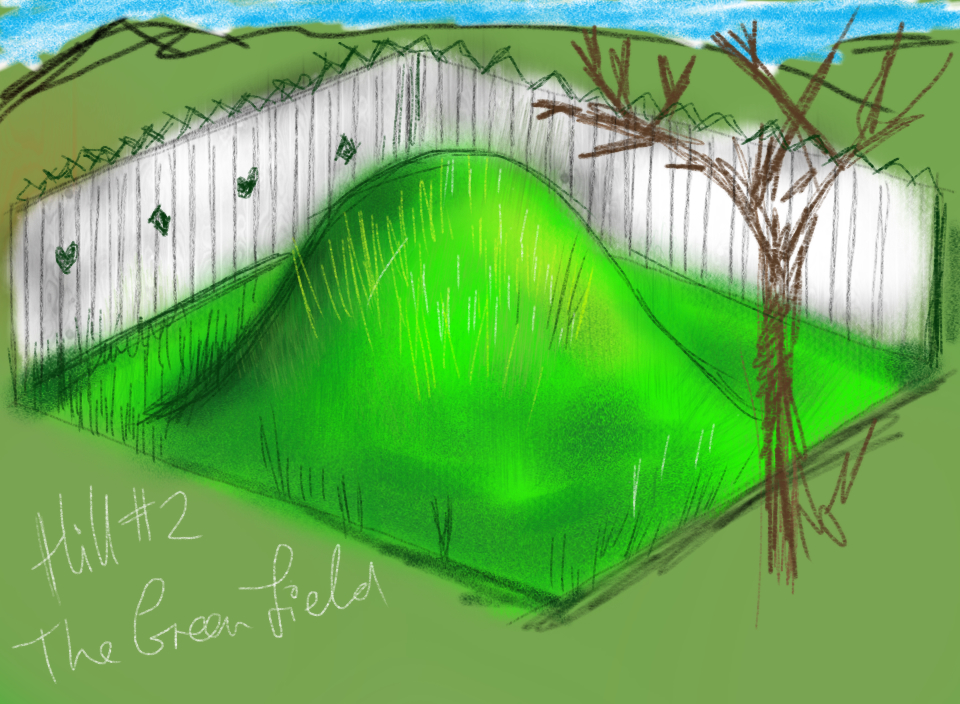 Each Hill will be totally different, some urbane, some in wonderful wooded glens. Some will have elements that will move, like sliding […]