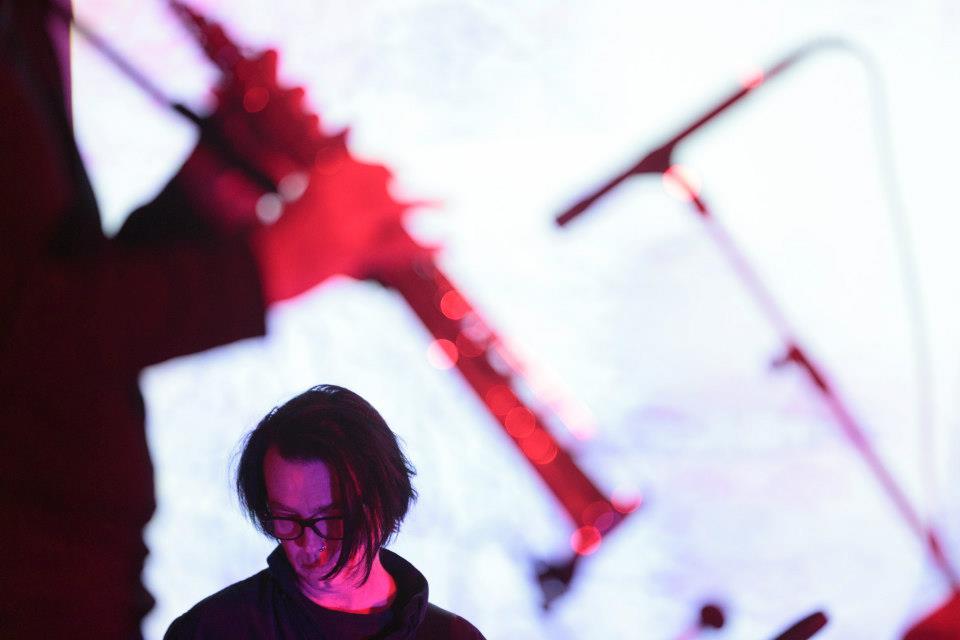 HERES THE RECORDING OF THE GIG.

Our performance was part of an Italian/Norwegian exchange. As such we played in an exhibition space about skiing and winter sports, through the ages. Trento is high in the Italian Austrian mountains, and is surrounded by wonderful mountains.
I had a absolutely fantastic time, and the gig was great! The original plan was that Massimo and I would be backed up by a trio of Trento musicians. Carlo La Manna, Corrado Bungaro and (insert name here). But after having some laptop/keyboard problems, we decided that we would all just play together. And what a great decision. It was a fantastic blend of their ethnic virtuosity and me and Massimos electronic noises.

Heres some articles about the event

I started a bit slow, not intentionally, and i had to jigger up the speed a bit after a while. Main problem for me was that it was soooo loud.. at least for me on stage, people said afterwards that it was a great sound out front, but very loud. The thing was that it kind of stoppped me from adding too many layers, and I was somewhat UN-subtle… it was difficult to hear myself properly, and it took a while before i realised that I was on the wrong Vortex patch. When I brought in the xylophone sequence on the GR30, i actually couldn’t hear it… so i backed off the loops…  then the bit with the random timpani samples firing, actually went very well, I went mad with the vortex, and morphed about thru various patches…. but then the end.. I got s pretty RAWK loop going, and had no where to go but up.. so I’m afraid it ended with a bit of a Hawkwind power thrash thing… which I chopped up a bit with the ef303 at the very end, which kind of worked ok.. (but did my guitar actually stop working about 3 mins before the end.. don’t know cos I haven’t unpacked it yet.. maybe I was miming at the end there.. ha ha!!)

Anyway Thanks to Sten Ove Toft for getting me out of my studio,  and the sound guy Jarle from Berlin, what a nice guy that I’ve never met in Oslo before, and who has now unfortunately moved to Berlin… that I think is a hole, but I didn’t tell him that ha ha.

This is what Blå put in their program for Feb/March. Strange how they chose a pic of me that was oooh maybe 25 years ago, Uncle Ian at Portsmouth Poly maybe 1988… Ha Ha…

I will be supporting noise guy John Weise at Blå on the 6th of February.
Im a bit nervous cos I didnt play at all last year… and he is doing noise… just noise, kinda ok though sort of rattly noise. This year I have been getting away from noise and drone stuff and returning to purely live looped guitar. However, this is probably a glitch, as the most recent stuff Ive done has had distortion sneaking back in, and pitch shifting everything, in almost a funny way… thats funny ha ha, not funny peculiar . 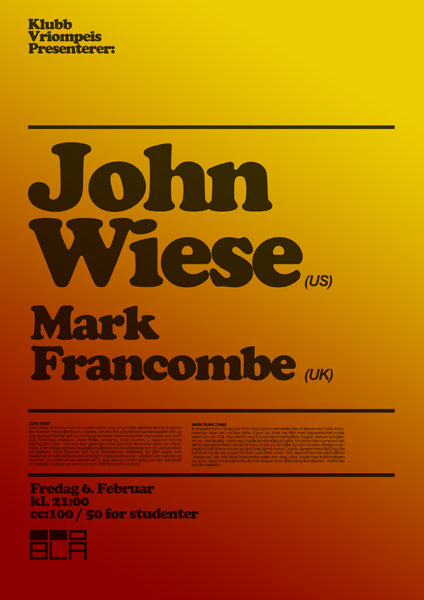