Made by me in 2003, and written by Hilde (and programmed by Asbjørn Hansen) this was the first Serious Game I think I ever made (or saw).

Apart from the terrible video quality, I’m still rather proud of this.

To start the game you had to click the ringing “Bravkom Communicator”, a weird egg like thing that expanded up to a PDA (remember them??. 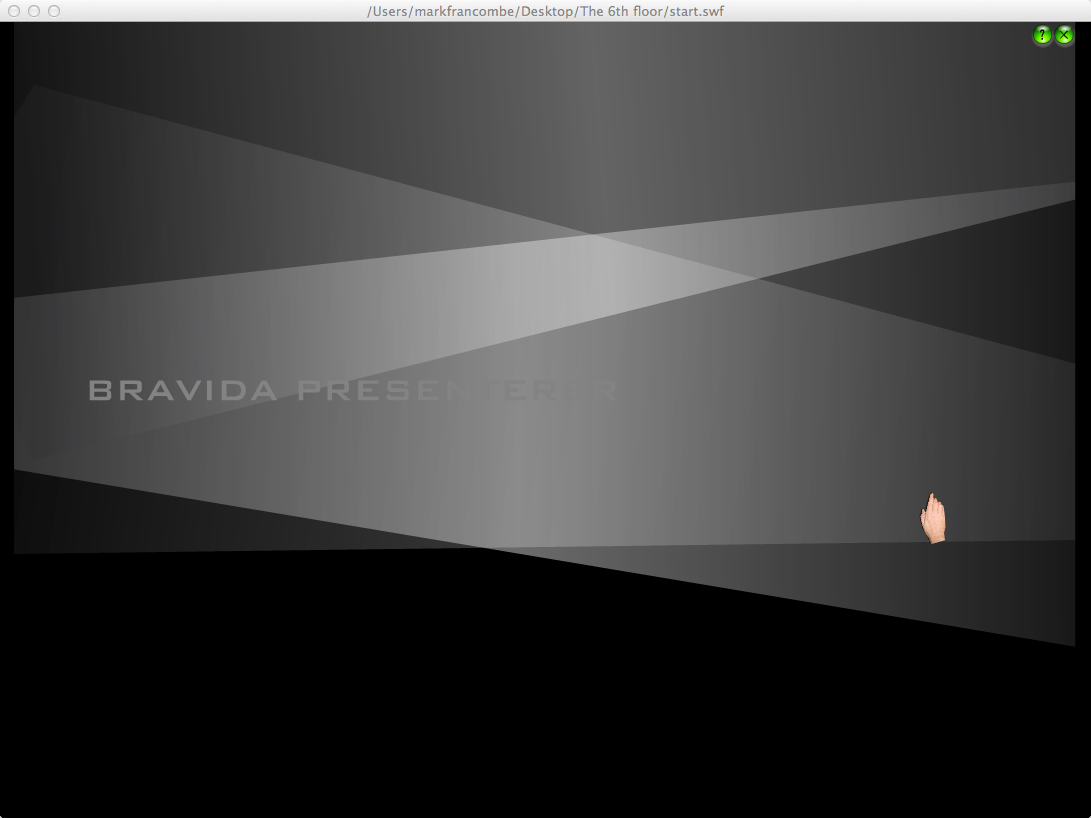 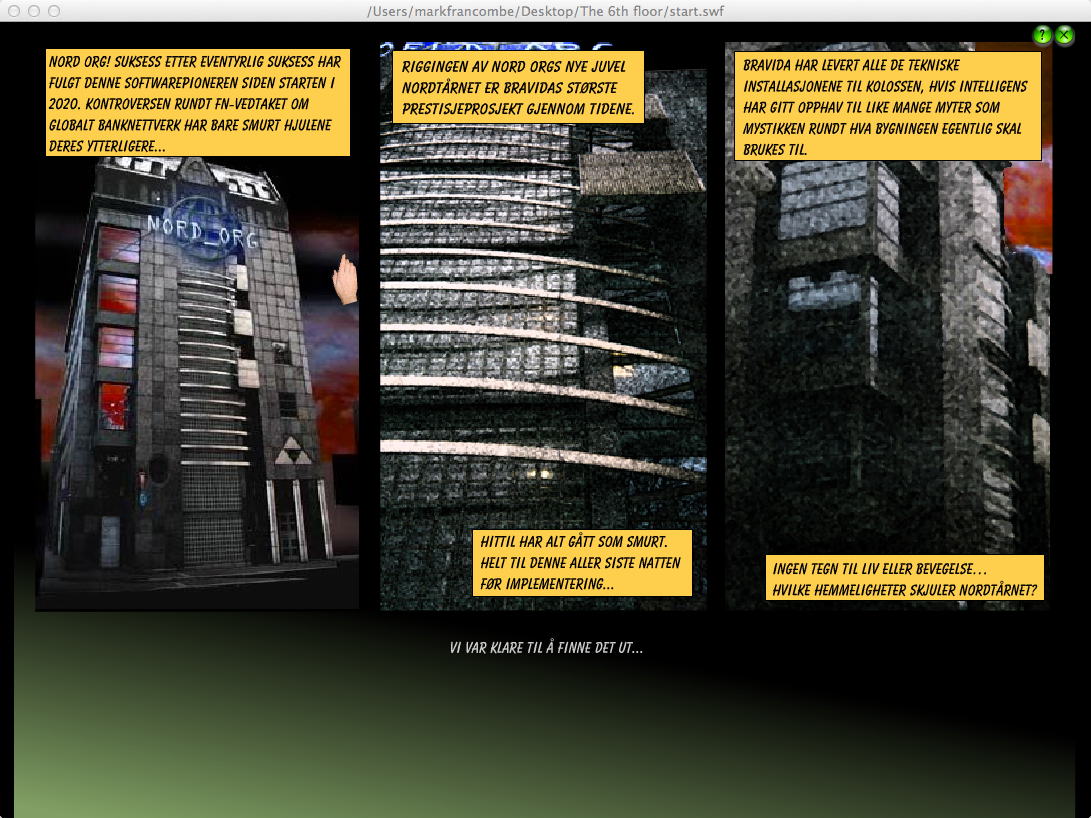 The comic book style was heavily influence by the original Max Payne Video game. Made by taking photos and Photoshopping them. 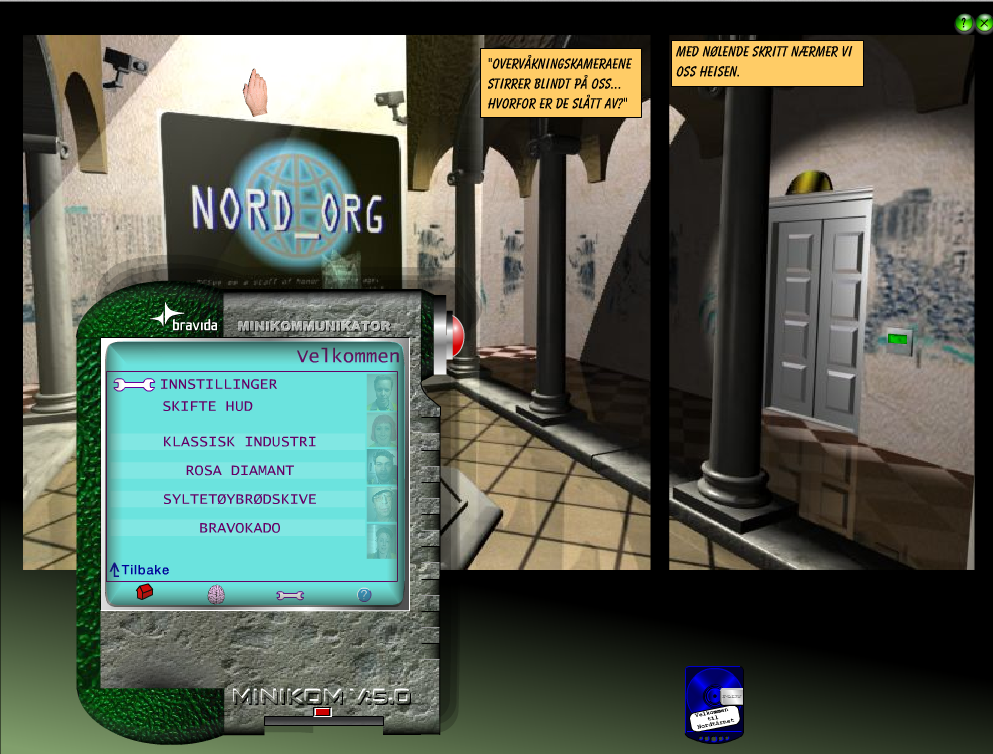 The Expanded Bravkom, and the lobby of the mysterious Nord Tower. I made in 3D Studio Max, or rather heavily modified a stolen model. 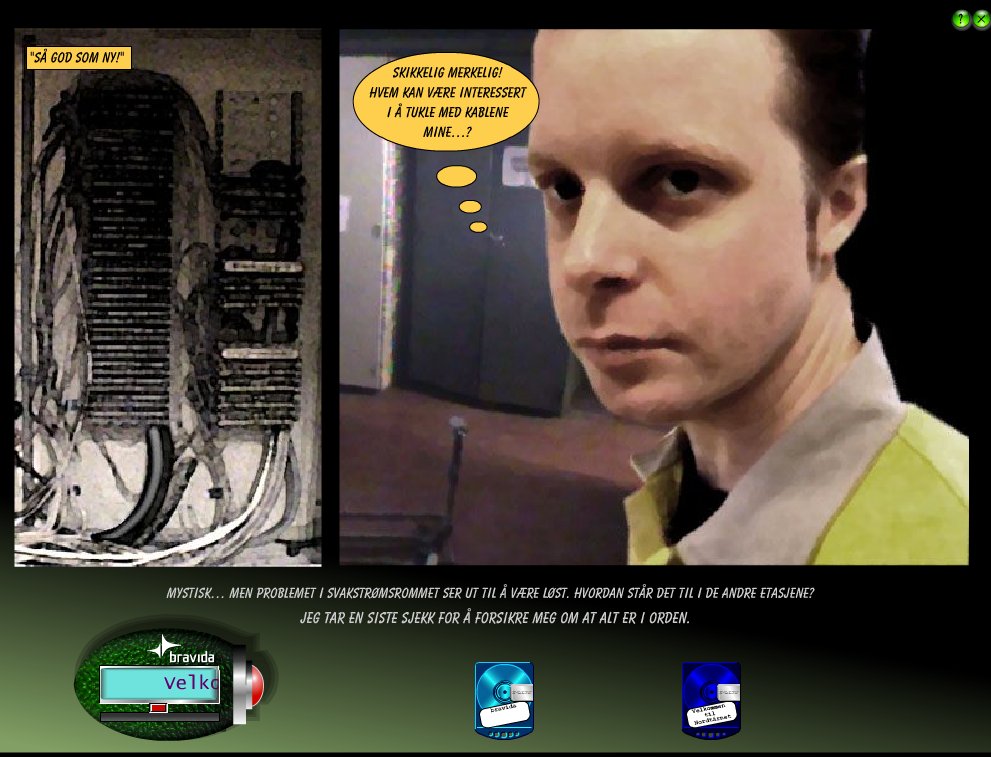 The Electrician played by Mark Steiner 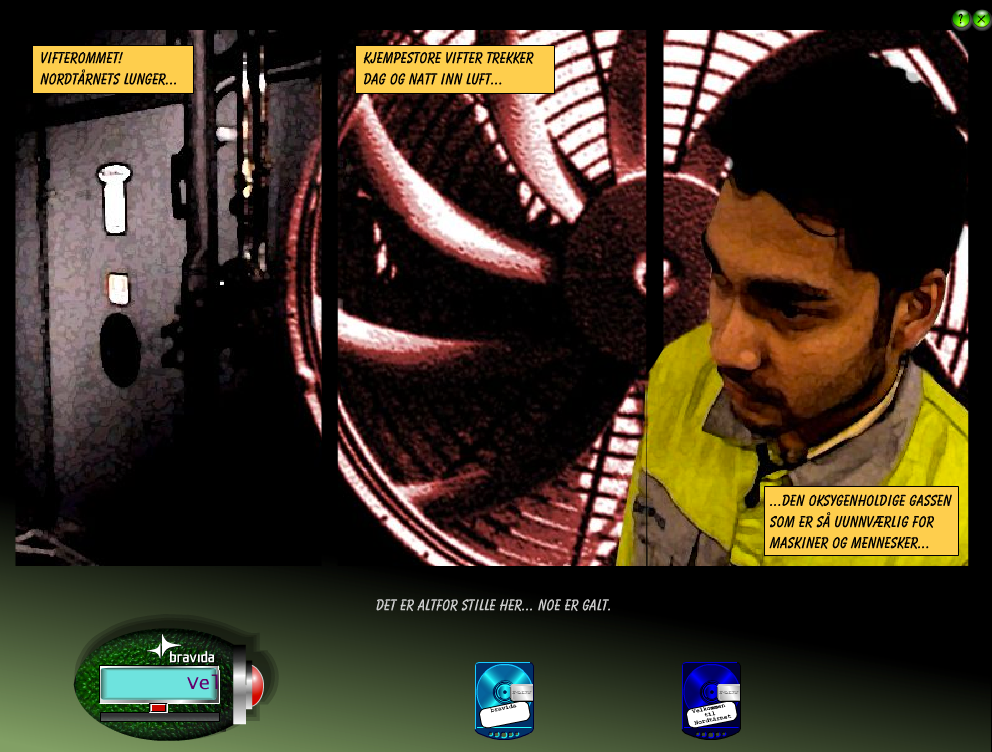 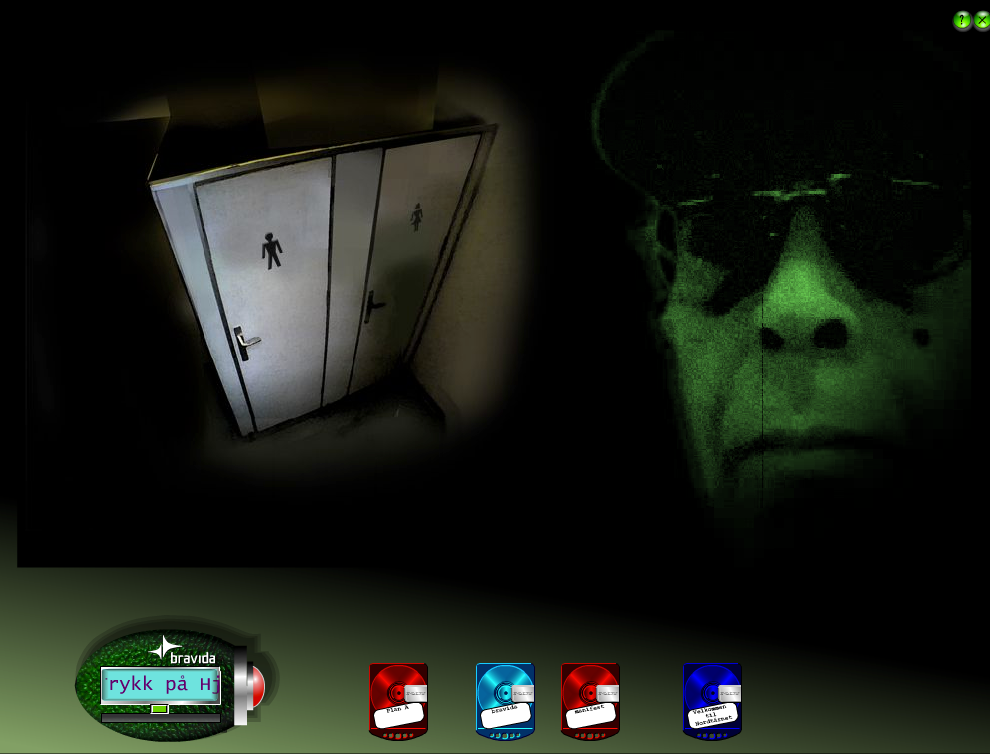 There were some horror “shocks” for good measure, heres Alvin about to open a toilet cubicle… 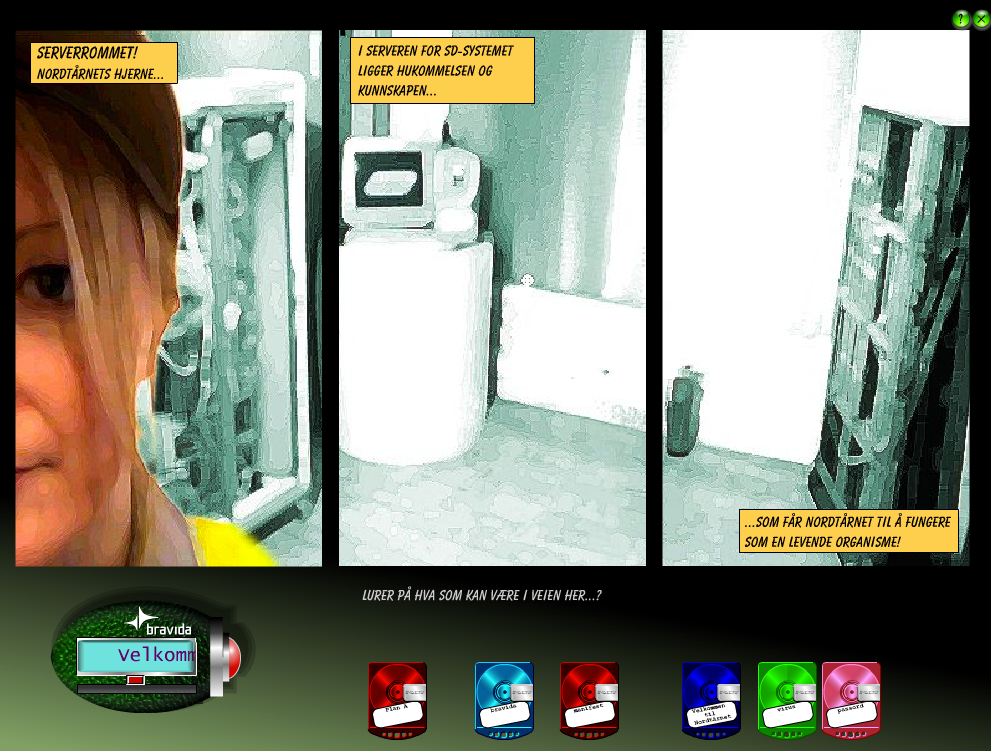 Sissel as the Server Engineer 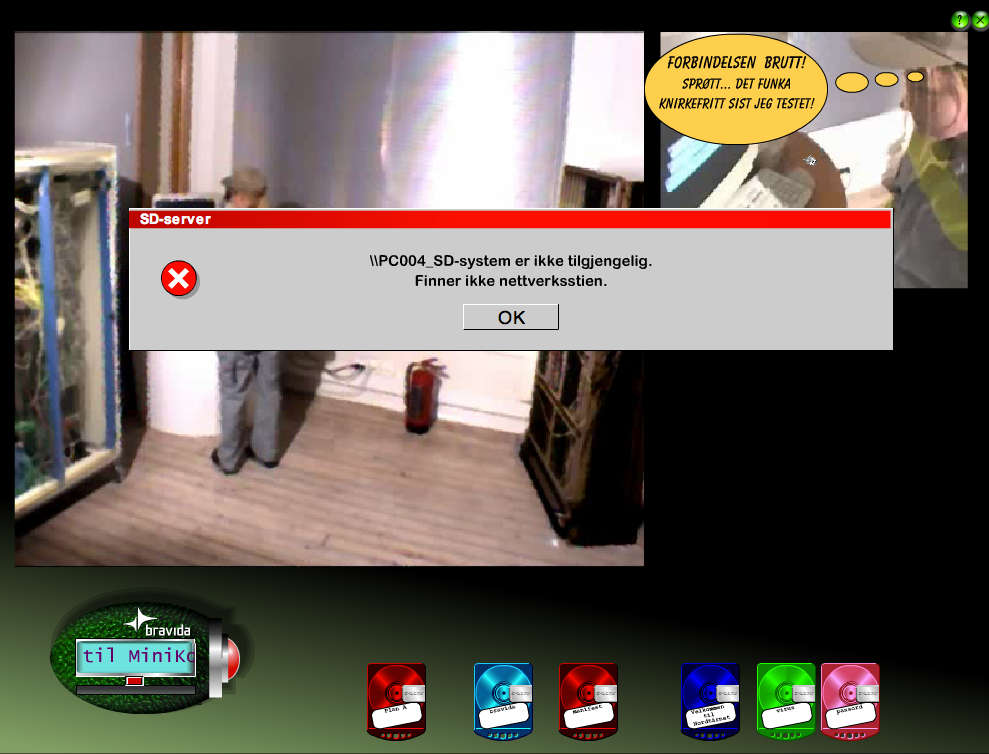 OOps.. System is down… 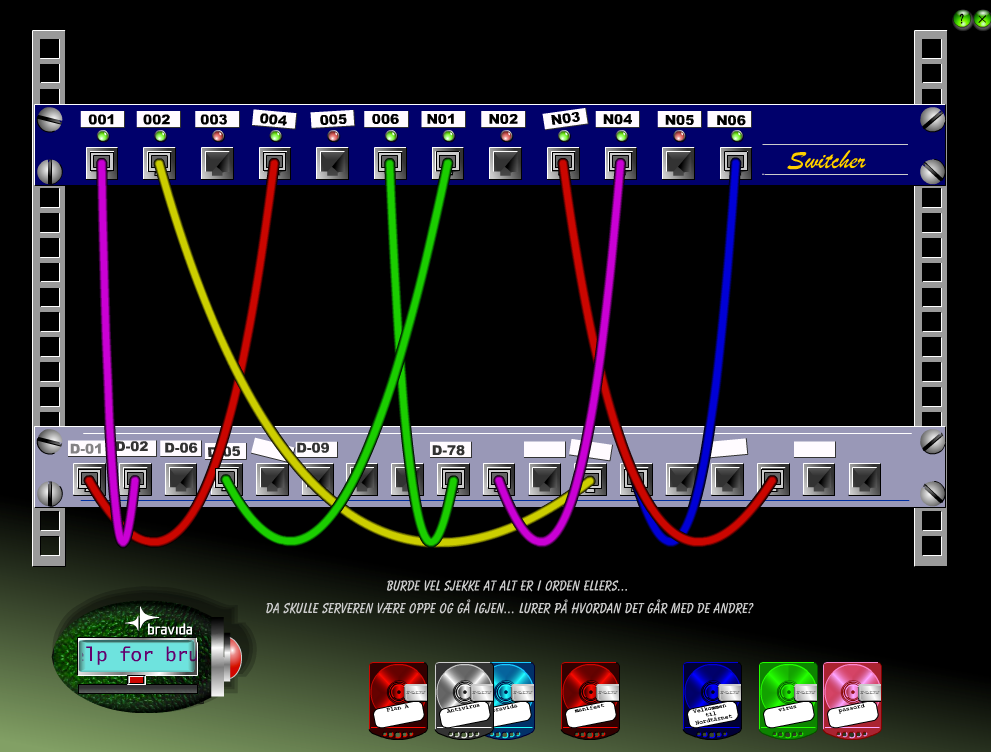 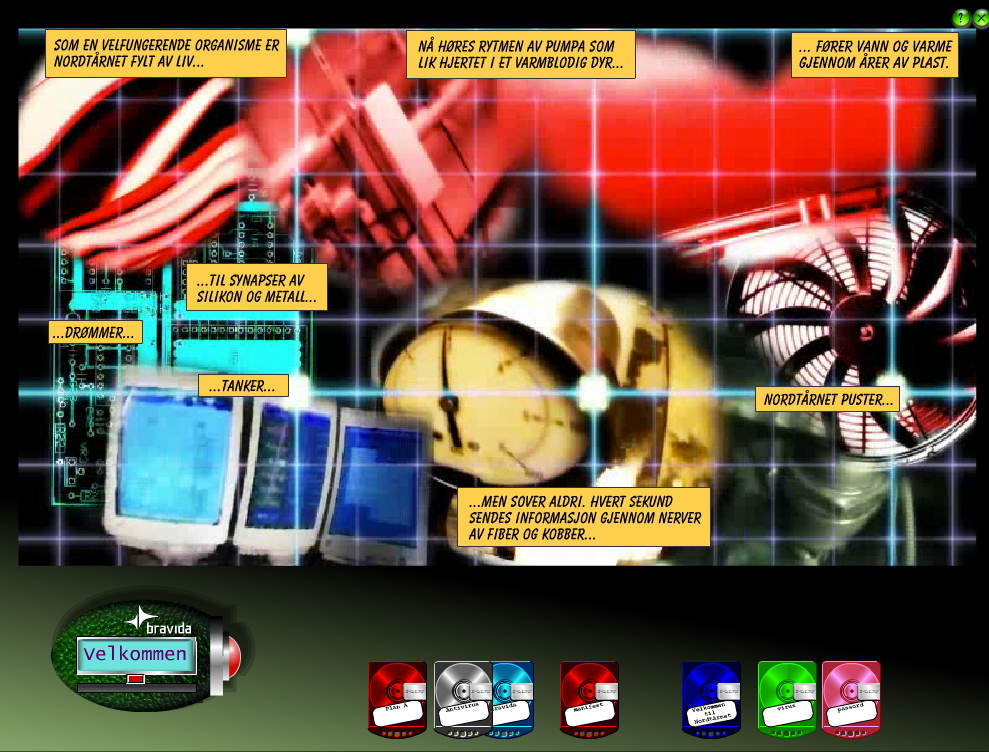 Pretty trippy cut video, explains how all the systems interact. 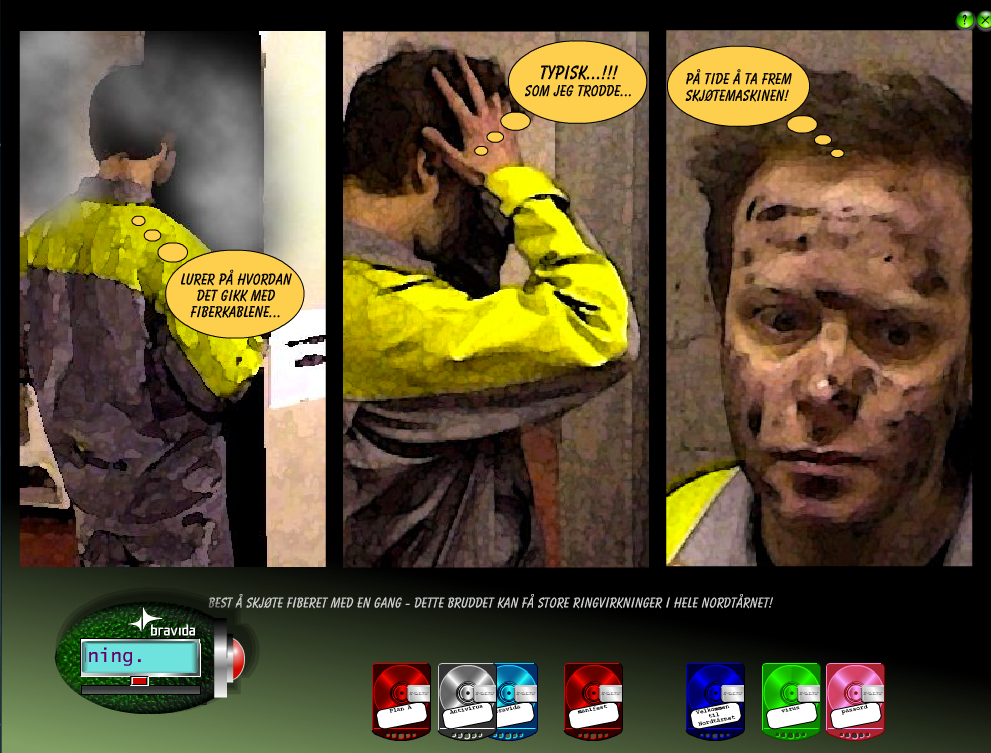 Mark after the bomb goes off 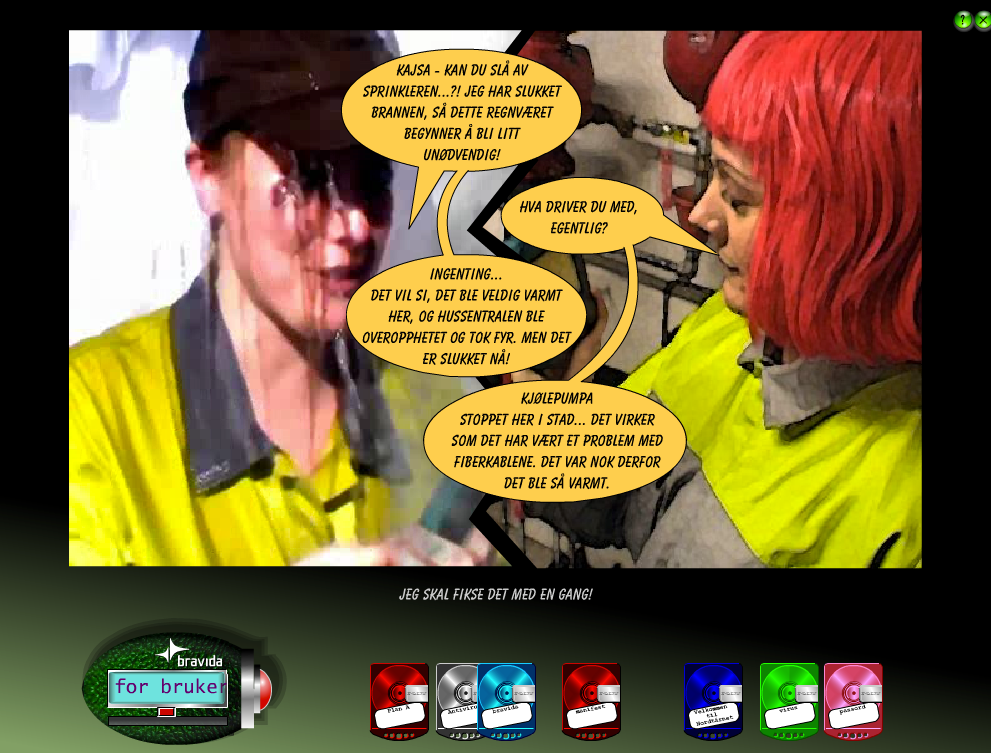 Sissel is wet, shes tells Kaja to turn off the water 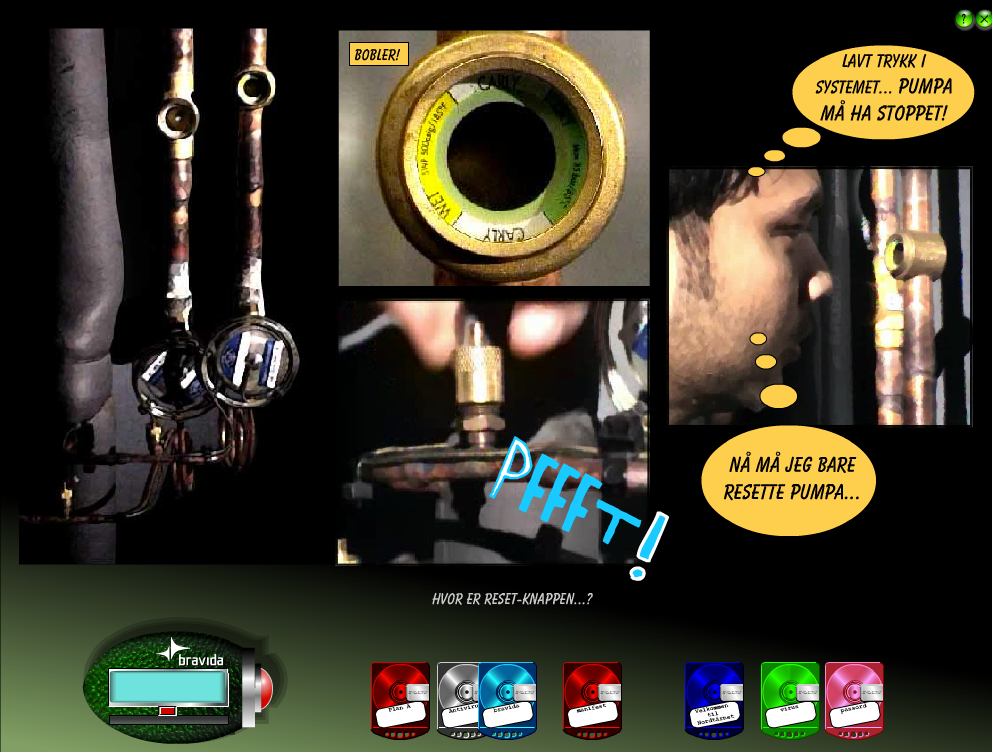 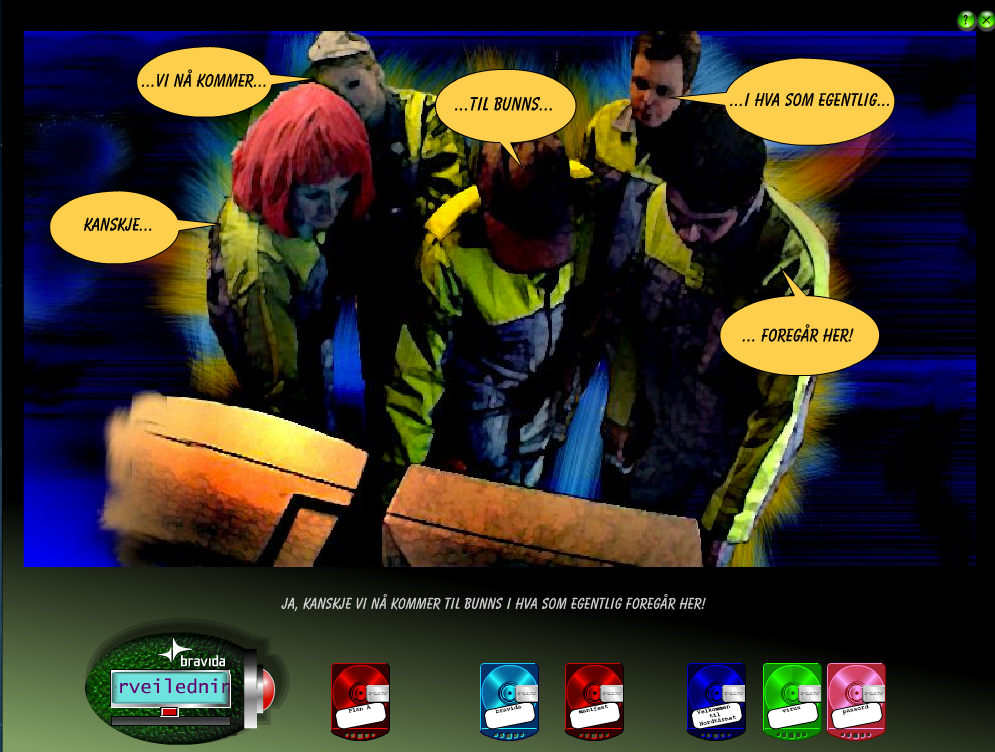 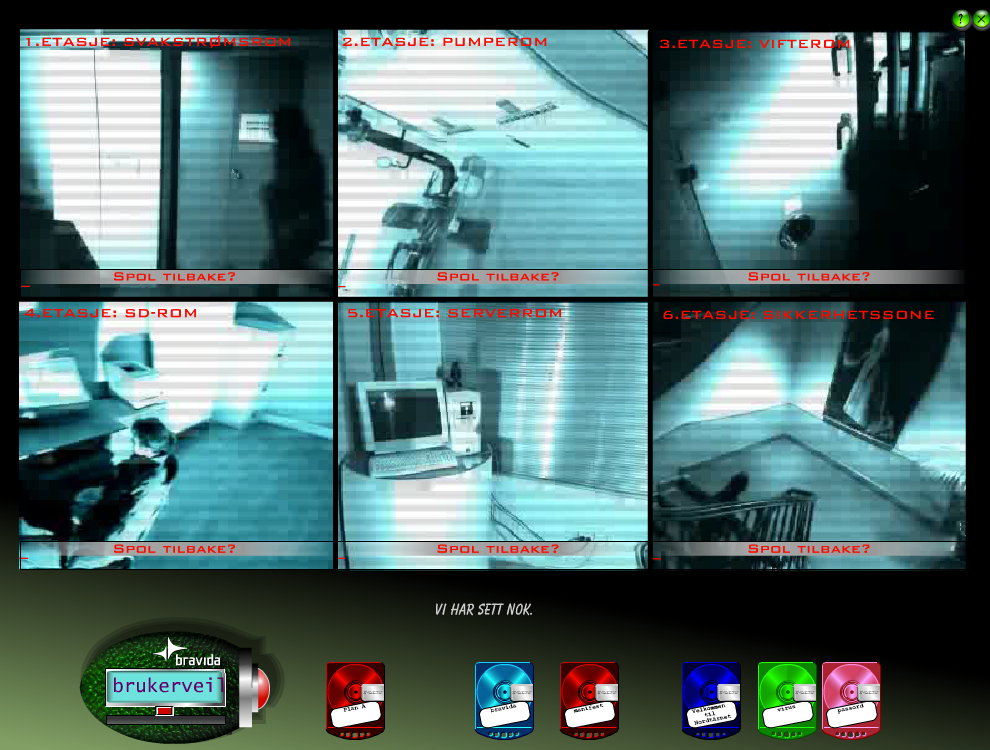 …we learn about the Saboteur (played by Hilde), and where she has been… 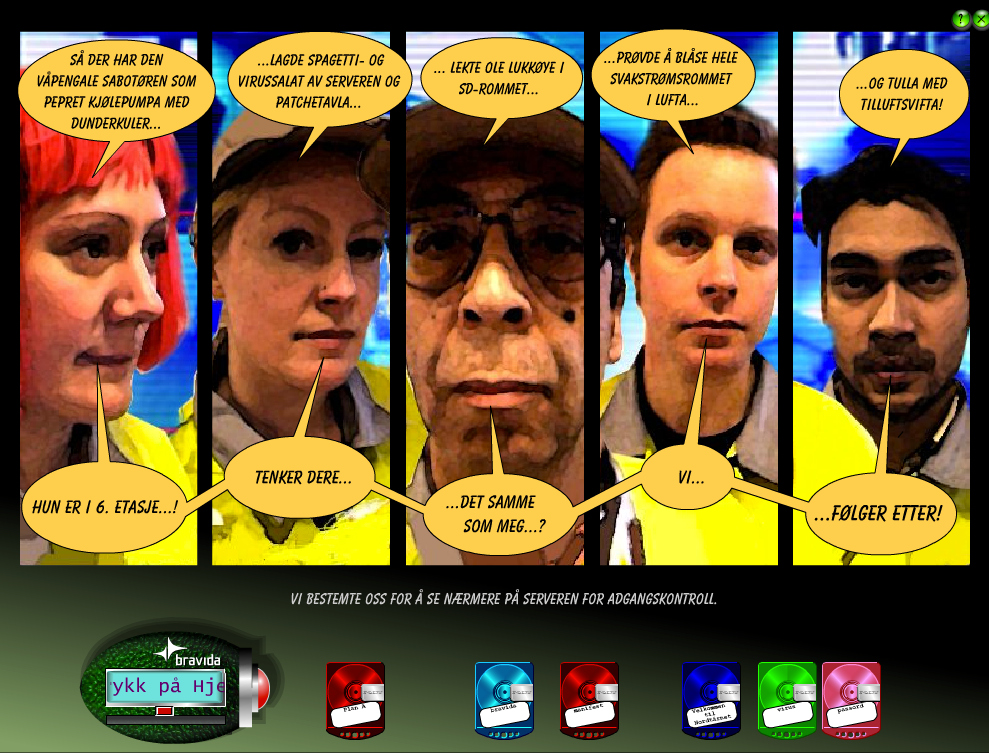 .. and they decide to head on up to the 6th floor, to find out whats going on… 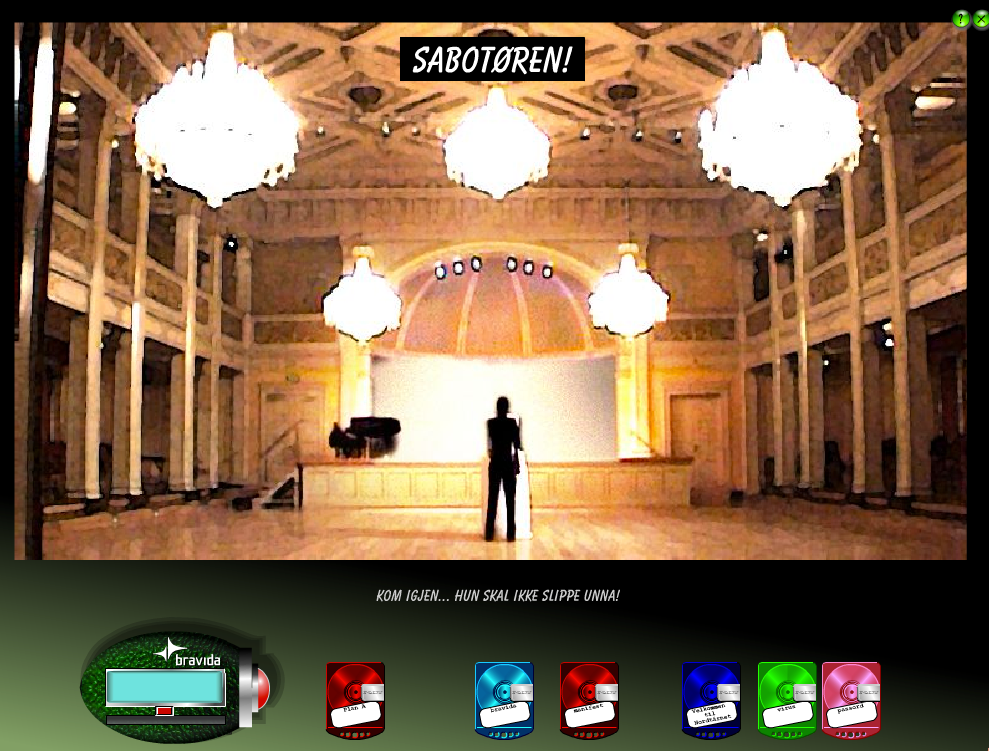 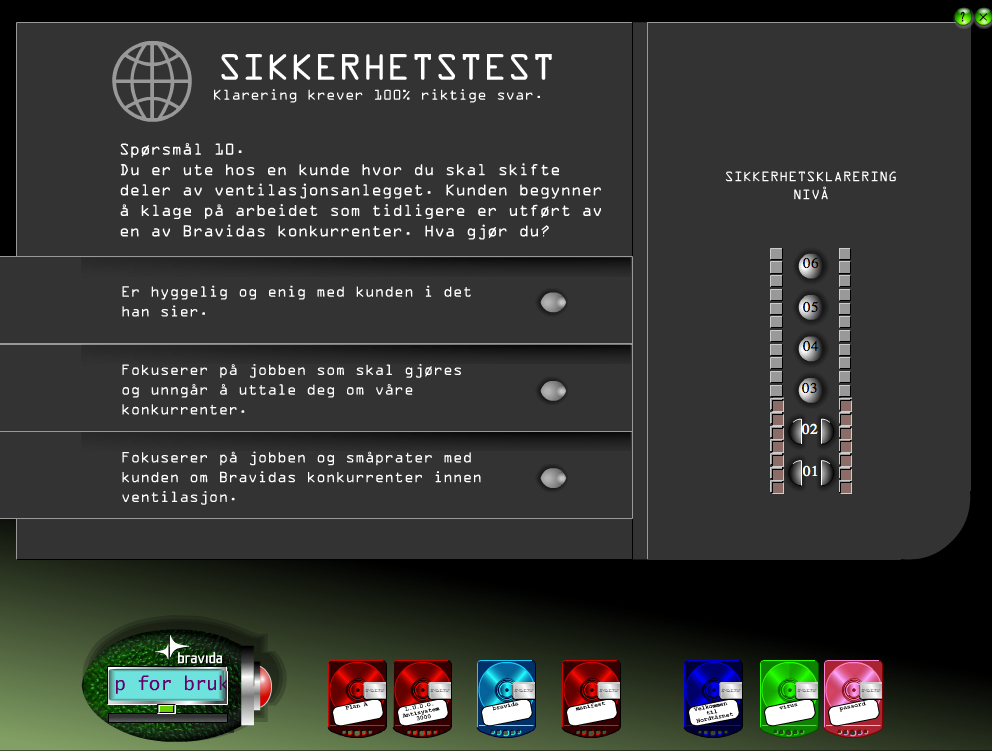 which of course you can do easily as a clever Bravida employee.. 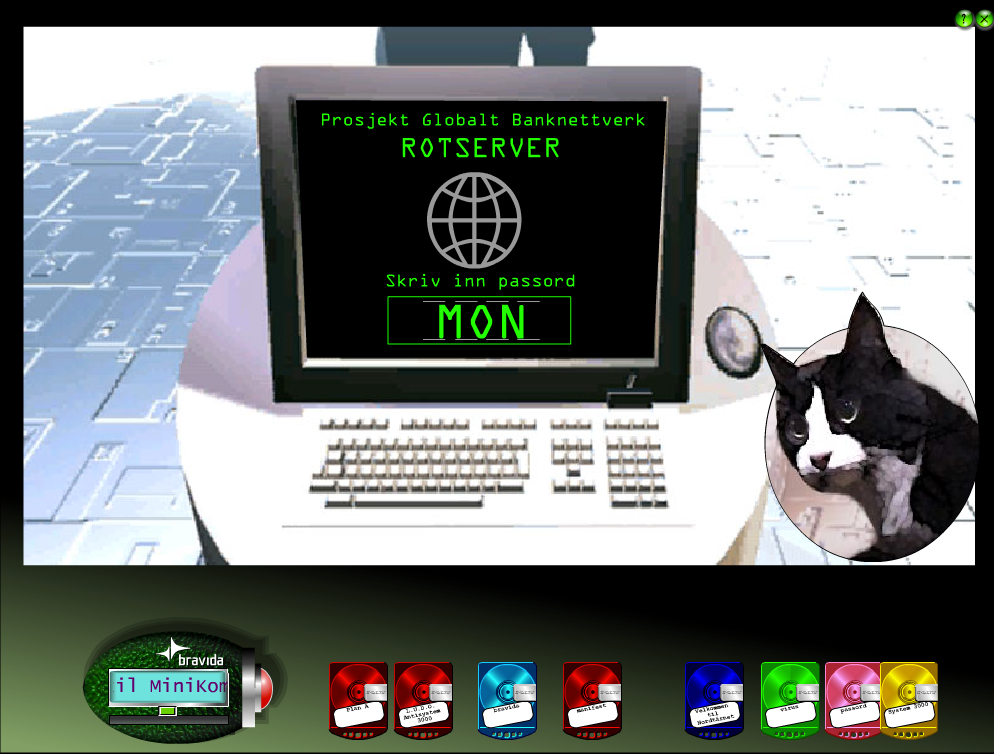 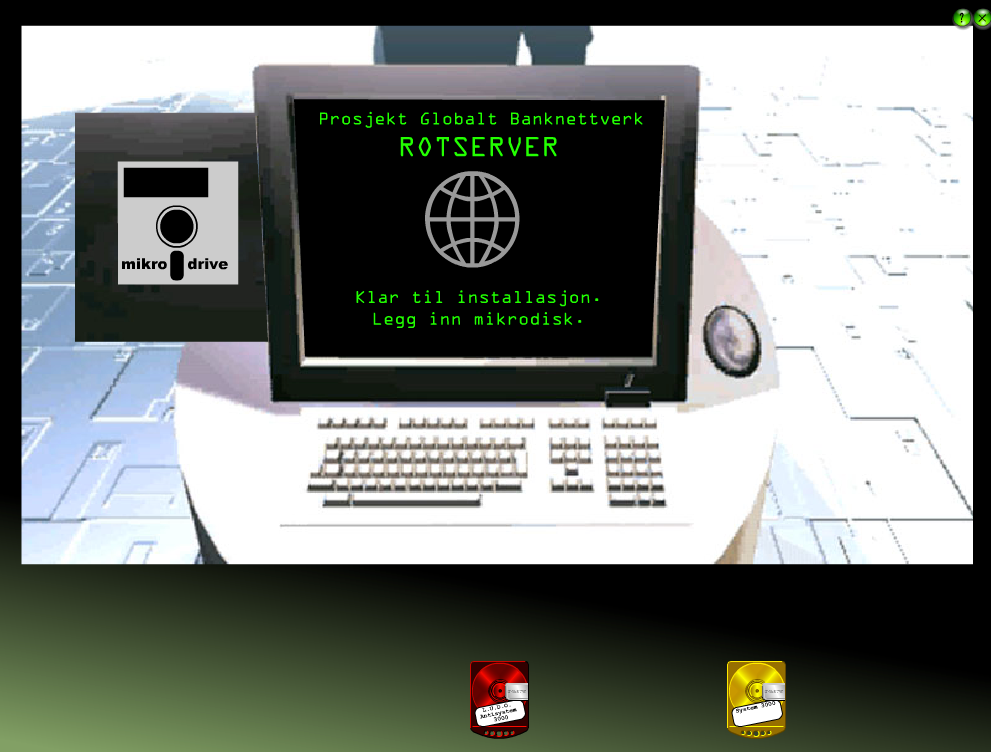 and choose which OS to install, the slightly dodgy Nord Org OS, or go with the Anarchic Saboteurs OS… and bring down society.. 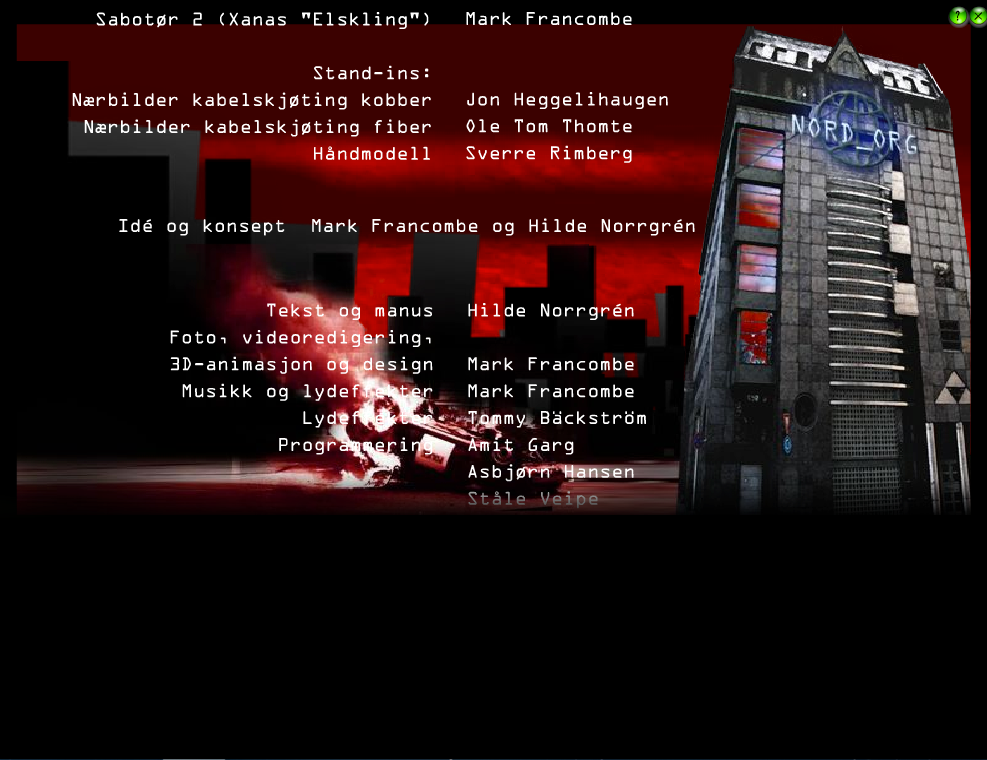 The choice is yours!