I had the idea of making lots of small VR experiments, each very small, each investigating a few small things about VR, but all playfull and complete in some way.
heres my log of ideas and experiments.

The experiment: working with interaction methods, non touch gui, changing things the user is not looking at, red herrings, can the user perceive a point. External point, environmental, electricity use, continued use of, despite instructions not to, final message of doom delivered by child…

So I finally uploaded this to the app store (only test flight right now)but YAY!

…within minutes James reported he had walked through the wall and gone to visit the girls on the hill. TYPICAL… rather than fix that bug Ill leave it as a feature, but WOE BETIDE someone finds it again! I am introducing a new element that will do away with any namby pamby moaning about bugs…

The Experiment: The feeling of falling?

You are in a room, there is a hatch in the floor, the window only shows a few clouds, or fog. There is a button that opens the hatch. If you jump through. you fall… through clouds, past birds, past a plane, past skyscrapers, into a huge hole (maybe volcano?) into caves, through the earth into the magma, fiery centre, up through the same, out onto Chinese scene high into the air and in through a hatch on a small floating “island” repeat.. if you want…

NOTES:
Maybe NOT use genuine gravity, use paths, and fakes speeds…(rollercoaster effects?)

The experiment: claustrophobia, what feeling can only audio give?

You are in a small and constricted room, almost like a wooden crate. at head height there is a small “slit” window that is on all sides. after a while voices are heard… and faces appear (just the eyes) at the slits. They all talk at the same time. Some people are talking about you.

Experiment: To make a really lovely place, where actually lying down is the only thing that has an effect.

A small enclosed valley… there is no escape. on the one side a small lake with a waterfall, on the other a spooky cave that opens out to an underground cavern with stalactites. The valley has flowers and plants all over and is very lovely… Birds fly over head, small animals can be seen in the distance. IF you sit completely still, and only move your head very slowly, the animals will approach, any movement and they run off…

VR glasses on, but totally black. A voice is heard in the distance.
“Hello! Over here.. turn this way… come to me…”
When we are facing the voice it changes
” Yes thats right now come over here”
and the voice becomes nearer, as we additionally hear footsteps from below ourselves.

If we veer off, or turn our heads, the footsteps cease and the voice goes
“no, come back, not that way!”
Eventually we get close to the voice and the footsteps stop. The voice says, “Oh.. you know what, there was a light switch back where you came from all the time…”

You turn around, and theres a small light illuminating a switch. A small amount of the room is seen… 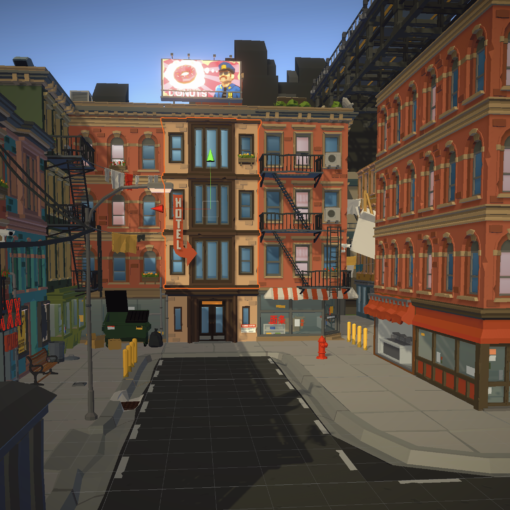 Heres the start of a screenplay Im working on: Let me know what you think? UNTITLED FILM By Mark Francombe INT.DRAWING ROOM.NIGHT […]